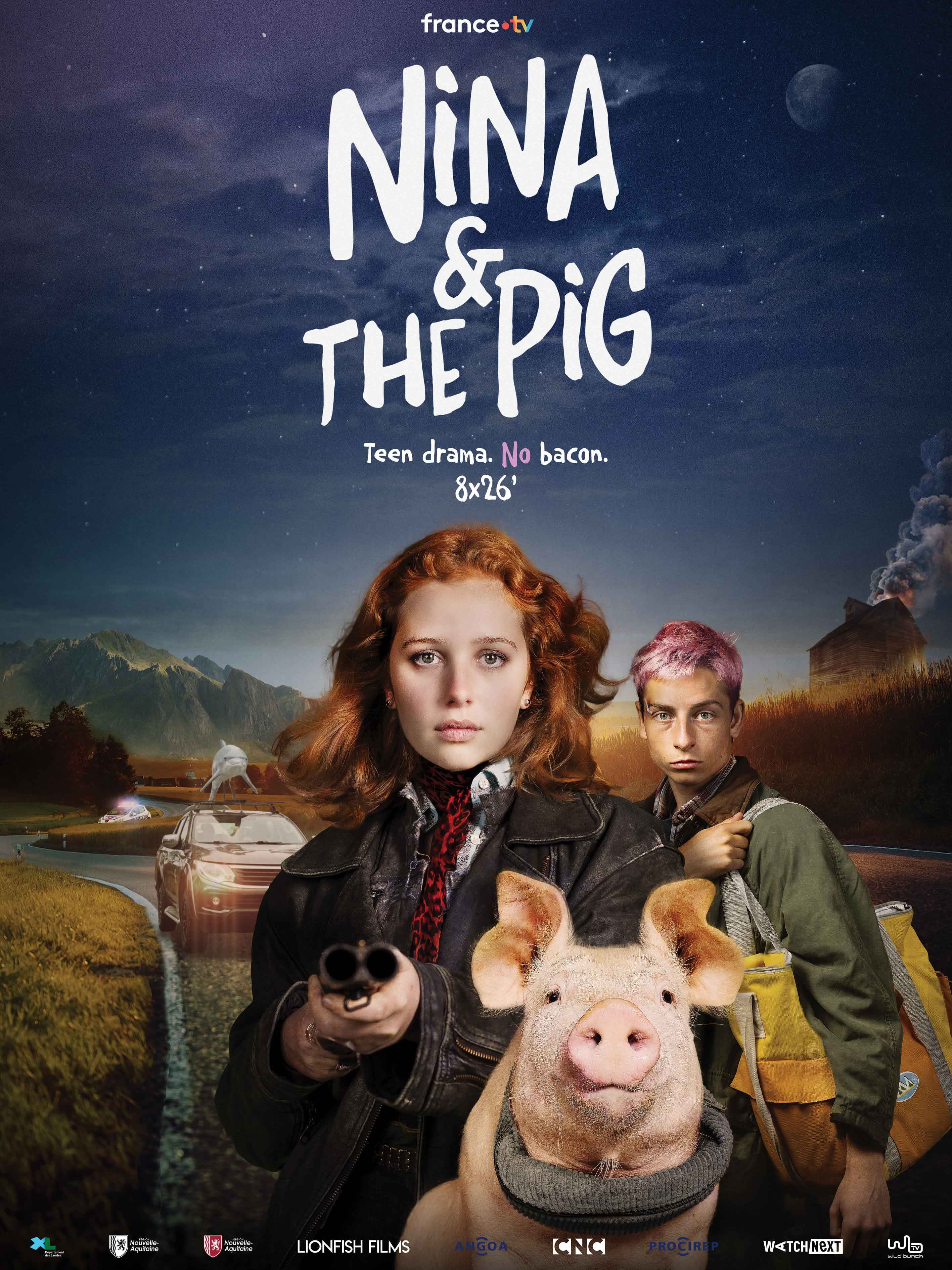 16-year-old Nina discovers that she has a pig-heart valve. Filled with anger and shame, an identity crisis ensues. When she befriends Hugo Madec, son of the local industrial pig farmer who supplies her father’s supermarket with pigs, she discovers the cruel fate that awaits the animals that saved her life… animals biologically so close to humans… so close to her. Now Nina has a mission. She vows to save at least one sow from certain death. Geeky virgin Hugo seizes this opportunity to charm the girl and run away from home. He suggests taking sow number 183 to a refuge in the Pyrenees. An animal paradise, 800km away… But Hugo is a pathological liar, just like his parents. He doesn’t know how to drive. He has invented their destination. And there are dangerous people on their trail, because they have unknowingly stolen proof of a food industry scandal. A story of teenage love and rebellion against adult lies and the lies of the food industry… Welcome to NINA & THE PIG ! (Or why you will never again look at your ham sandwich in quite the same way again…)